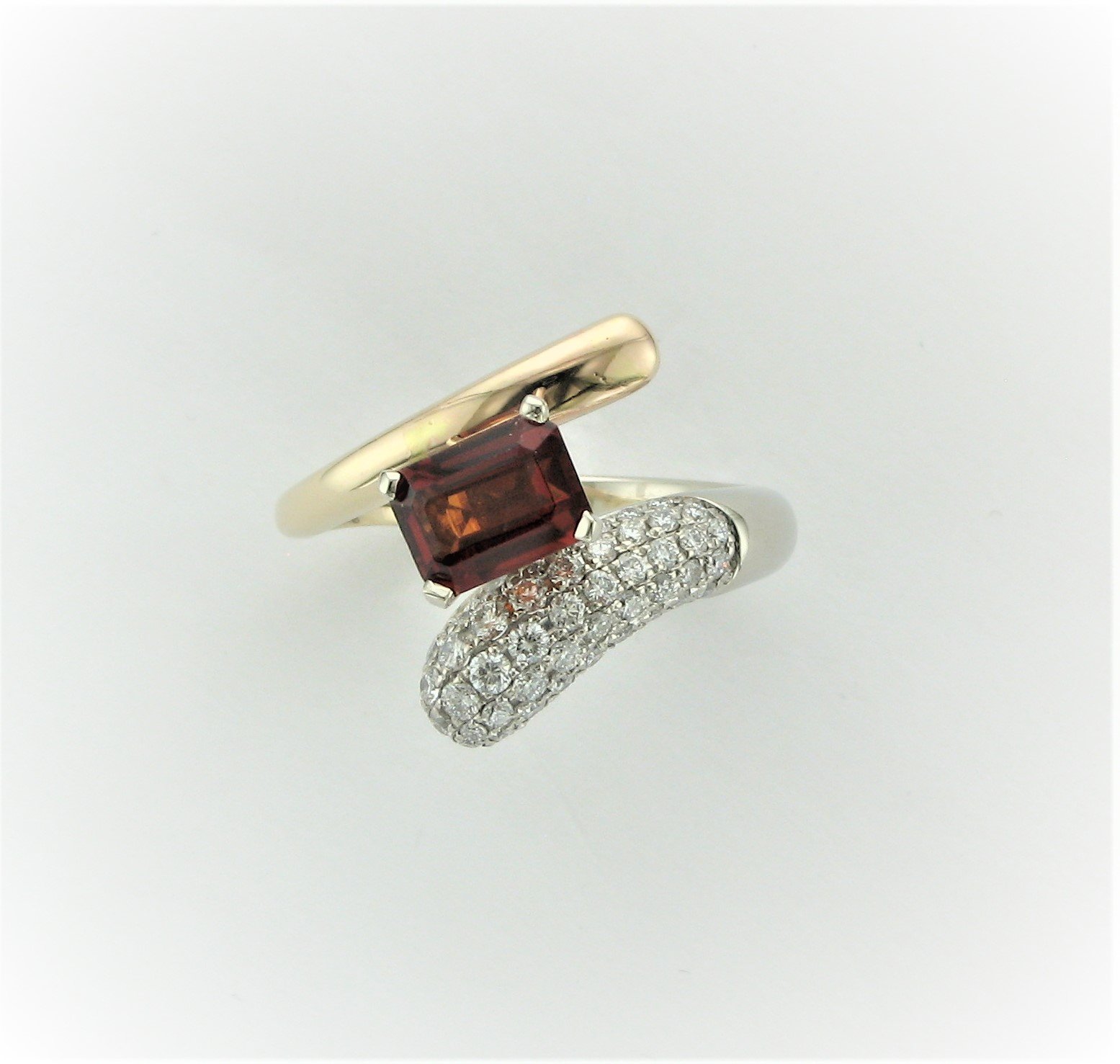 While garnet is mostly known as a rich, red stone, garnet is actually a name used for a larger group of minerals that can occur in multiple colors. Hessonite garnet is a specific grossularite form of garnet most known for a warm, yellow to reddish tone. Garnet and its varieties, such as hessonite, have been used for adornment as well as healing in accordance with metaphysical beliefs.